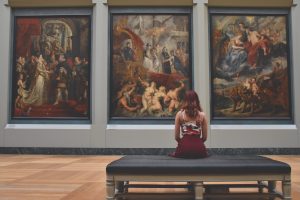 When Superstorm Sandy hit Manhattan on 29 October 2012, water from the Hudson River surged through Chelsea, rising up to five feet in some places. Basements and galleries were flooded and millions of dollars’ worth of art was damaged or destroyed.

Since then, art dealers have been aware of the crucial need to keep their inventory safe from such disasters, as well as from the more common dangers of fire and theft. The art-storage company Arcis claims to have the solution. It has just opened a $50m facility uptown in Harlem, high above flood and surge zones.

Protection from water is just one of the benefits of the 110,000 sq. ft warehouse, which has been custom-designed and built to museum storage standards, with state-of-the-art humidity and temperature controls. Video cameras constantly survey the street outside, a glassed-in “mantrap” enables staff to inspect visitors before they are allowed in, and iris and vascular scanning, which identifies people based on the pattern of veins under the skin of their fingers, also ensures high security.

Richard Nicholson from the Fine Arts division of the insurance firm Willis Towers Watson estimates that revenue from art logistics is between $2bn and $2.5bn today—and it is a global business. The Arcis warehouse has the coveted Foreign-Trade Zone status, the US equivalent of what are known internationally as free-trade zones. “Until you’ve been inside Arcis,” says the company’s executive director, Tom Sapienza, “you haven’t seen what an art warehouse, built to the most exacting standards, can be: somewhere that will preserve cultural property safely now and into the future.”

Book a safe
Contact us
We use cookies to personalise content and ads, to provide social media features and to analyse our traffic. We also share information about your use of our site with our social media, advertising and analytics partners who may combine it with other information you’ve provided to them or they’ve collected from your use of their services.Ok