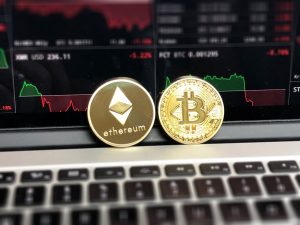 Some believe that Bitcoin is the currency of the future, removing centralization and giving power back to people, but have you thought how to secure your digital gold? Spoiler: Safe Deposit Box

People are losing their Bitcoin and alt-coins daily, because they lack the knowledge and skill on how to safely secure their digital assets. This often results in catastrophic consequences where good people lose everything. There is no customer service in crypto to call when you screw up. You learn through the painful sting to your bottom line.

The most important thing when owing a bitcoin is secrecy- hackers can nowadays go even after small amounts. Blockchain technology, which is behind the Bitcoin is virtually impossible to hack, however it is not the technology that is faulty. The online wallets (or Hot Wallet) can be accessed by hackers if they steal your phone number- calling your mobile provider and asking to transfer your account to someone else. Most of the Hot Wallet security is connected to your mobile phone, so you know what happens next.

The most secure solution to protect your cryptoassets is storing it offline, especially when you are dealing with large amounts of Bitcoin.

For example, a Bitcoin exchange typically offers an instant withdrawal feature. To minimize the possibility that an intruder could steal the entire reserve in a security breach, the operator of the website follows a best practice by keeping the majority of the reserve in cold storage, or in other words, not present on the web server or any other computer. The only amount kept on the server is the amount needed to cover anticipated withdrawals.

Bitcoins can be stored on a USB drive, on a paper/ laminated, engraved on a metal  etc. and the can be put on in the Safe deposit Box, such as Rigas Seifi. One of the attractiveness of the Bitcoin and other cryptocurrency is its anonymity, hence when you rent a deposit box or vault in a bank, you automatically loose your anonymity. But not in Rigas Seifi. If you bought Bitcoin for the anonymity reasons, you can keep being anonymous by choosing the anonymous service in Rigas Seifi.

Some choose to store Bitcoins on their computer, but think about the limited life span of our hardware technology! Computers can crash, making data recovery expensive.  Data can still technically be recovered after a system is abandoned by the user. In some cases data can be recovered after multiple overwriting attempts and physical destruction (as long as the attacker can get all or most the pieces) so if you copy files to a new computer and ditch the old one, be careful. Also, the fire can damage a traditional hard disc drive or data can be corrupted by powerful magnetic fields and can physically shatter. So don’t leave to it chance and protect your digital wealth in a secure physical place such as Rigas Seifi.